The end of the Kansas City Renaissance Festival is nigh, and traditionally the last couple of weekends are really good at Wolf ‘n’ Sheep’s Clothing. It’s chillier, people forget warm things, and we get to bust out our own hand-knits. It was a little harder this weekend with all the rain, but I managed:

And while I’m looking forward to having my weekends once again dedicated to putting my life in order, I am already verklempt about this season coming to an end. I get to spend my time in company I really enjoy, talking yarn things, giving the occasional drop spindle lesson. It’s the dream! Even the ridiculous patrons make for great stories, and to that end here’s all the crazy I got to enjoy this last three-day weekend:

And of course, a lot of spinning got done! 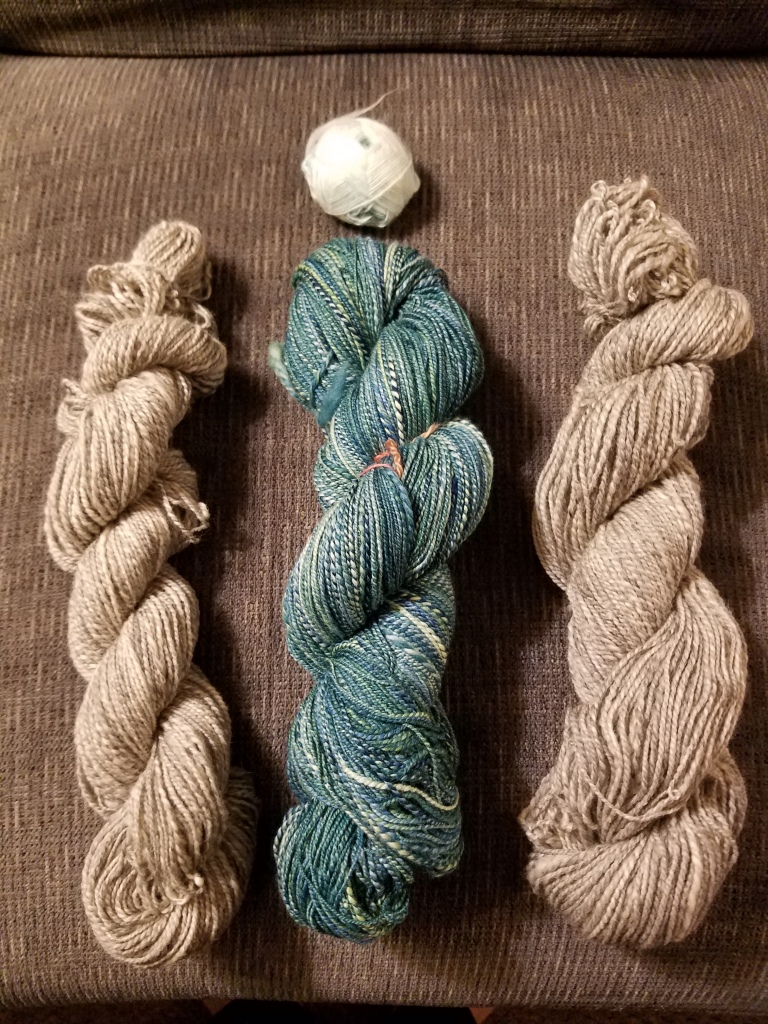 This is what I turned in for Spinzilla. 2059 yards! It’s the second time in my life I’ve spun “the mile!”

Next weekend is the last for the Ren Fest, so last chance to get beautiful Th’red Head Designs yarn, fiber, and garments for a while! Come see me!

One thought on “Adventures at the Ren Fest: 6th Weekend”