Last weekend, I only spent one day out at the festival because KU had Homecoming on Saturday, so I got to go play in the band. 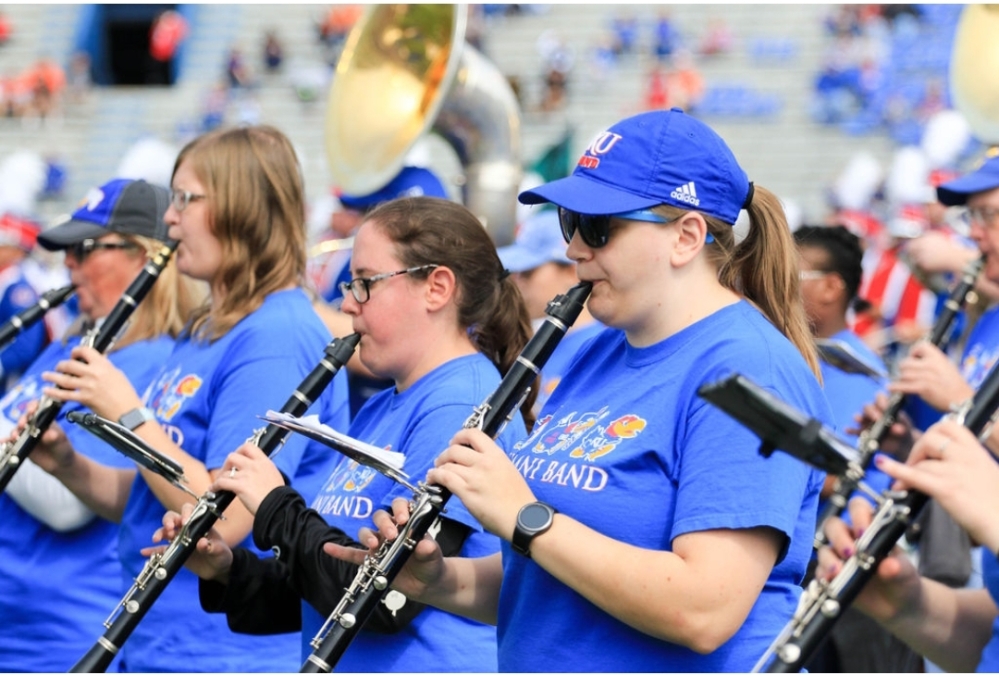 I didn’t bring a spindle to the game this year ’cause Spinzilla started on Monday!

It seems a lot of the crazy patrons came out to play 4th weekend, because I only had one weird interaction with a guest on Sunday. She was looking at the beautiful scarves, sighed, and asked me if I could make her menopause go away so she could wear the scarves. I laughed, “Sorry, no,” and she bolted out of the booth.

I did get a lot of spindle spinning done, so I was “ready” for Spinzilla. Sure, my bobbins and spindles were empty, but I had to move into my new place on Monday. I thought about not doing Spinzilla this year, which made me really sad. I talked to my Faire friend Kim, who works at the Yarn Barn when she’s not pouring beers and avoiding flying axes. She said to me: “Emma, yardage is yardage,” and I signed up. So, really I have no one to blame but myself (and Kim).

After the big portion of the move, I spun on my spindle a little bit. I did better the night after, when I got the wheel out again. It won’t be my best Spinzilla year by a long shot, but at least I’ll be contributing! If anyone’s going to the Yarn Barn spin-in tonight, I’ll see you there!

4 thoughts on “Adventures at the Ren Fest: 5th Weekend (and Spinzilla Update)”