Since I’ve had my finger to the pulse of the yarn industry for almost fifteen years, I’ve seen a lot of fads come and go (and come again). As far as the big box craft stores go, there’s usually one big-deal novelty yarn making the rounds, and I have to admit I’ve become really interested in this latest trend: yarn designed to be knit without needles.

My first thought was: Why? If it was any easier to knit yarn without needles, we would have been doing it well before now. My second thought was: Why not? It’s something fun and different, and if it gets more people crafting with yarn I’m all for it.

The first one I found was this Bernat Alize Blanket-EZ Yarn. It advertises that “Blanket EZ projects are completed faster and easier than traditional knitting,” and, confession time, I love Bernat’s standard Blanket yarn. It’s so cozy! So I threw down my 50% off JoAnn’s coupon, and I put that claim to the test: 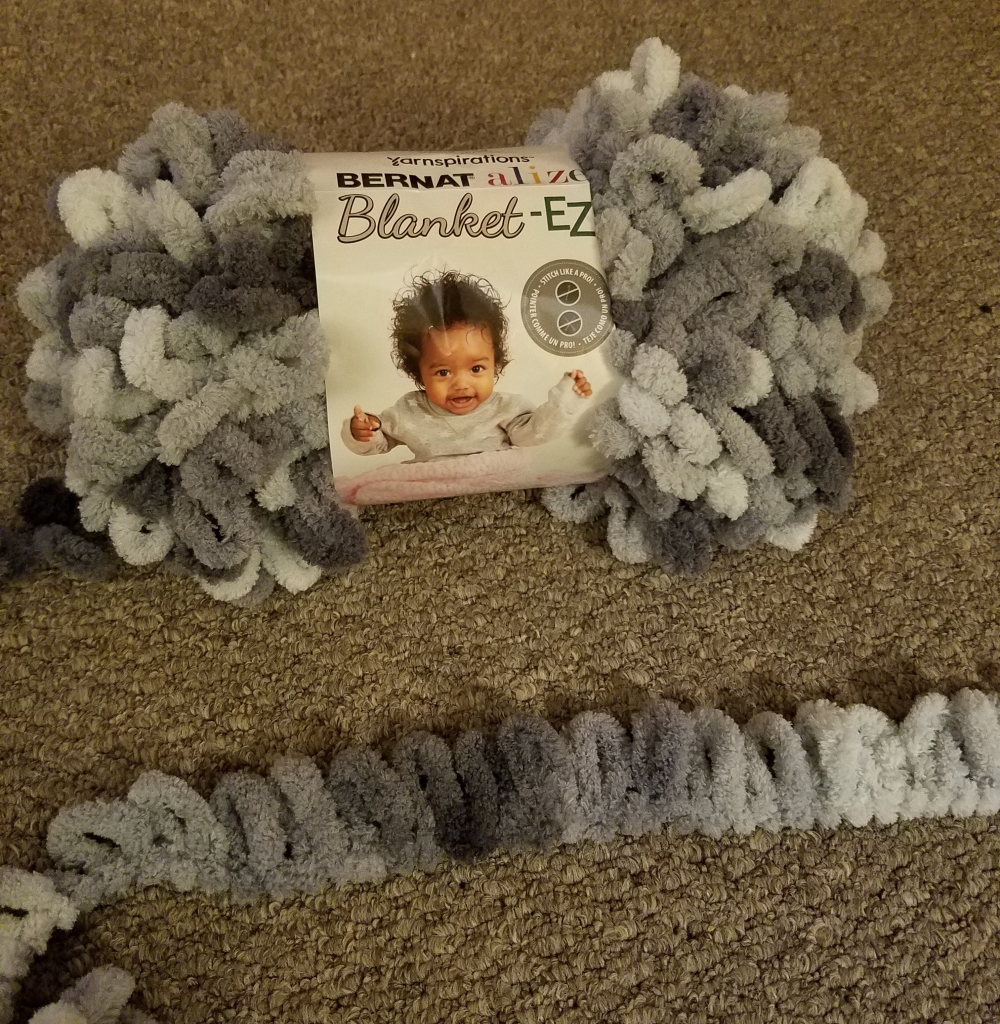 And, of course, I couldn’t just do a plain stockinette something to start. My stupid ego wouldn’t stand for anything so “boring.” I decided I needed to try this Criss-Cross Cowl, it’s rated easy, and I’m a “real” knitter, so I can handle it.

Pride goeth before a fall, right?

I started and pulled it out three different times (and pulling back these “stitches” is really tricky!). When I finally got it going, I was working my rows the opposite directions than the pattern told me to go. Whatever, the fabric looked right, so I kept going. 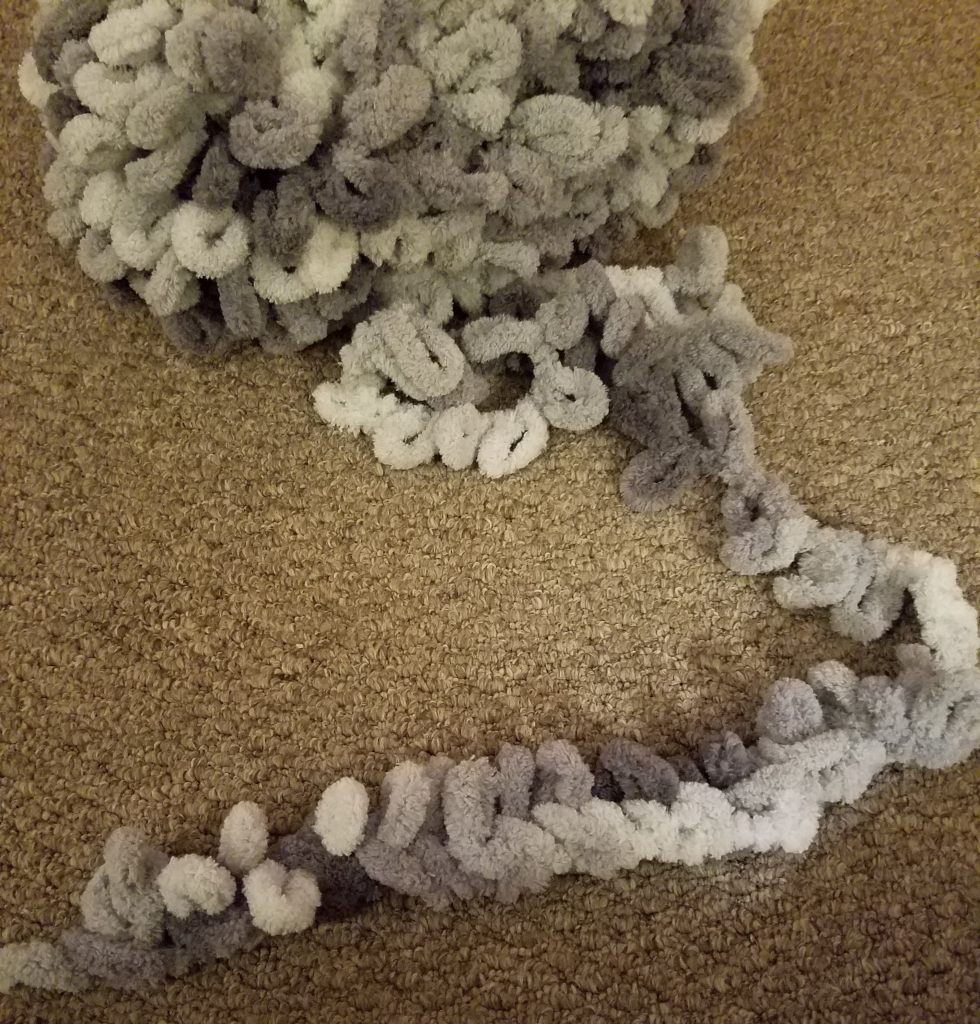 You knit it back in forth without turning your work, just like the arm knitting that used to be so popular. You use your fingers to pull the pre-made loops through the earlier loops to make the knitted fabric. All the loops are hanging out loose through the project, which pushes against all my knitting instincts (they never went anywhere, so that was unnecessary discomfort).

The trouble for me was my stitches didn’t want to stay crossed, at least not at first. More often than I would like to admit, I picked up the loop after the loop I was supposed to pick up, which left a weird loop hanging on the wrong side that I wouldn’t notice until I saw the cables getting off. Like I said before, these loops can be a little tricky to take out, but the more I did it (and I had to rip back a lot!), I found it was easier to start taking out stitches at the mistake and work back to the working yarn. This is also backwards from all of my knitting experience.

I got my rhythm eventually though, and the fabric I’m getting looks really great: 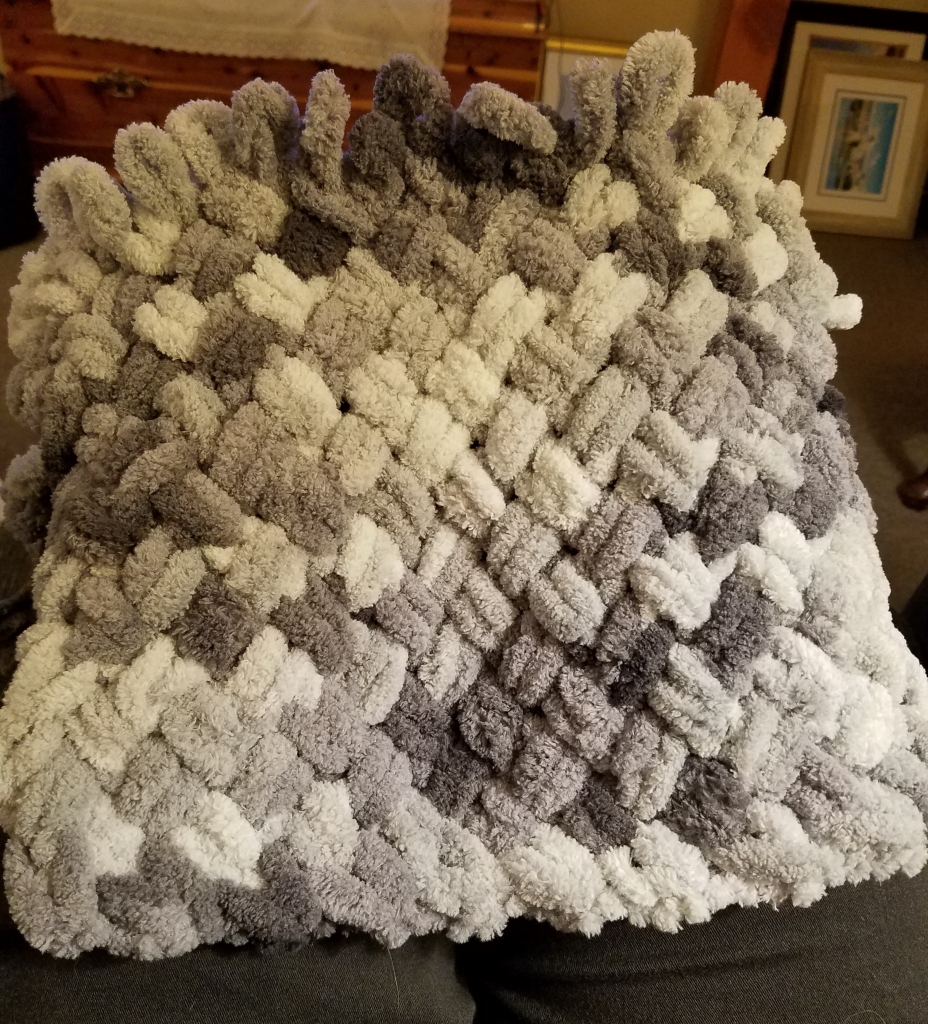 Regardless, I am having fun with this project. It’s different, and it’s making me think. I love the fabric. It’s so soft and squishy. I can’t wait to have it around my neck.

If you’re interested in this yarn, give it a try. It won’t make us ditch knitting needles all together, but it’s a fun, fluffy change of pace.